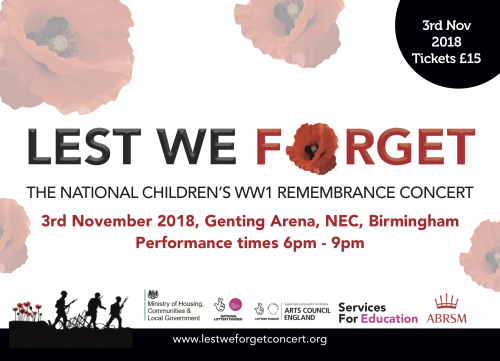 Children from Norfolk will be representing the County at the first ever National Children’s Remembrance Concert on 3 November 2018 to mark the centenary of the end of the signing of the armistice to end World War 1, alongside over two thousand young people from England and Wales.

Hosted at the Genting Arena in Birmingham on 3 November 2018, children will perform music, song and drama to commemorate and remember the tens of millions of combatants and civilians from across the world who died, including an estimated 540,000 children.

The concert comes at the end of a 4-year programme by The Department for Digital, Culture, Media and Sport to honour and remember those who lived, fought and died in the First World War. For more information see First World War centenary.

Norfolk Music Hub is supporting local school groups who will be travelling to Birmingham to perform in this special concert and represent the County. 45 KS3/4 students from Springwood High School are going to be performing a piece called ‘World at War’ which has been arranged by Music Service tutor David Taylor and is a compilation of songs and styles from the many countries who took part in WW1. The Norfolk County Symphonic Wind Band is providing the accompaniment for this piece which has been recorded prior to the event. Pupils from St Martha’s Catholic Primary School will also be singing in the mass choir of over 2000 children, dressed so as to represent two giant poppies.

Other performers include the Birmingham Schools Symphony Orchestra, Ealing Youth Orchestra, the debut performance of the National Youth Pipe and Drum Band, Sandwell Youth Brass Band, Birmingham Schools Guitar Ensemble, Leicestershire Show Choir, plus performers from Wales, Bournemouth and Sutton Coldfield and a Parade of 57 Flags by Scouts and Guides.

The music, songs and associated images have been carefully selected and sequenced to tell the story of the war, to extend understanding of the war and to enhance empathy for all who were affected by it and its consequences. The music will include: ‘Nimrod’ from Elgar’s Enigma Variations, which is played at the Cenotaph in London each Remembrance Sunday, ‘Silent Night’, the Christmas carol said to have been sung by British and German soldiers during the December truce and songs popular among soldiers such as ‘Pack Up Your Troubles in Your Old Kit-Bag’ and ‘It’s a long way to Tipperary’. Readings from diaries and letters written at that time will also be given and archive film footage from the trenches will be shown. It will be above all a concert for all and which commemorates and remembers all.

The concert was conceived by celebrated children’s author and retired education expert Dr Ron Dawson, who also composed the song ‘Lest We Forget’. Ron Dawson said: “It is important to remember all of those who were affected by World War I, whether they were combatants from anywhere in the world, their families, their children or their friends and neighbours. I hope this concert will change the way we commemorate remembrance forever and inspire an interest and understanding of remembrance in the next generation.”

The concert is supported by the DCLG, The Big Lottery, Services For Education, Arts Council England and the Associated Board of the Royal School of Music. 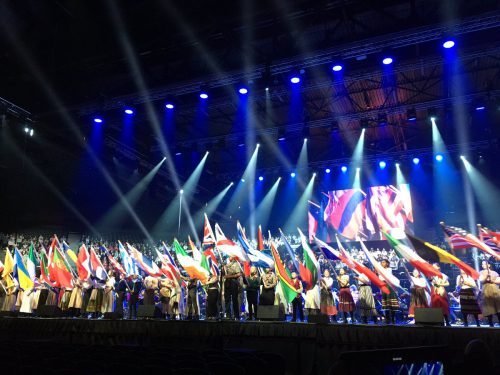 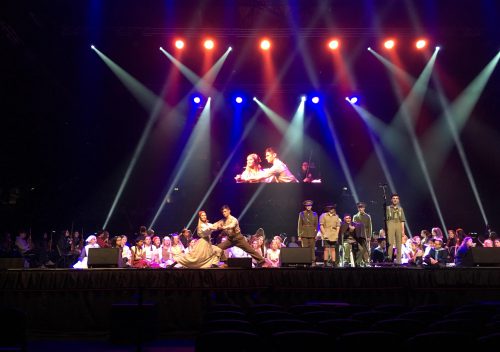 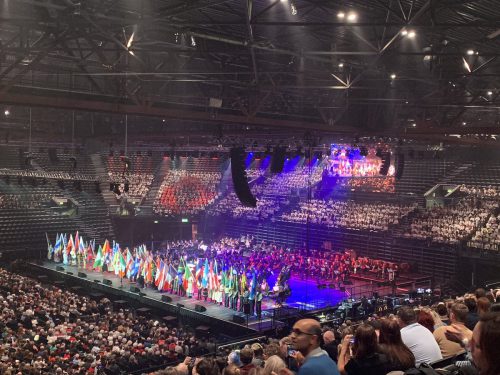