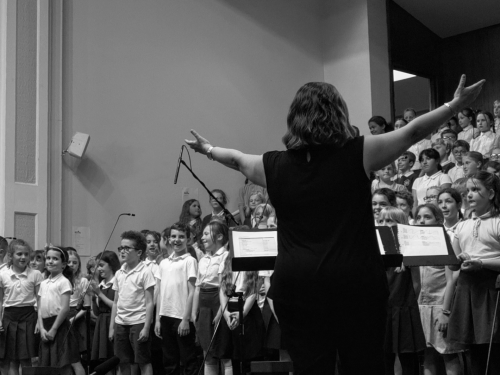 This year’s CASMA performances celebrated 100 years of the Forestry Commission with a programme themed around woodland and environmental sustainability.

CASMA (Central Area Schools’ Music Association) is an annual choral event for primary schools, established over 30 years ago. The aim of CASMA is to offer school choirs something beyond the general music obtainable in primary schools by engaging a specialist guest conductor and performing a quality venue in Norwich. As well as training for young singers, teachers also benefit from guidance to extend their music offer in schools.

This year, primary and infant school pupils came together to celebrate 100 years of forestry through music and song! In April and May, hundreds of pupils from 22 primary and junior schools took part in rehearsals and performances across three dates at The Salvation Army Citadel in Norwich. This year, KS1 groups were also invited to take part in a morning event, which featured an original piece by local composer Tony Bailey, and the performance was weaved together magically by storyteller Liam Carroll.

“I honestly did not stop smiling from beginning to end. The enthusiasm for singing was amazing and so was the standard.” – Parent

This year, CASMA was presented in association with Music for Youth as part of the national MFY Local Events Network. An MFY Music Mentor attended each event and provided constructive feedback on all performances to teachers and young people to assist further development. One Music Mentor was astounded at the quality of the performances after such short rehearsal time. She said:

“One word, WOW! Absolutely brilliant stuff…To be able to play and perform live music is so, so important. It will set you in great stead for anything you want to do in the rest of your lives.”

“I am utterly inspired by what the Music Service and Music Hub is doing, but also about the concentration, focus, dedication and enjoyment that all the young people put in, both singing and playing; it truly is inspiring!”

All of the children who took part in the massed choirs have also been invited to take part in the MFY National Festival in Birmingham in July!

The schools involved in this project were:

The venue was decorated with many colourful leaves, each with a pupils’ pledge for how they will make the world a better place. 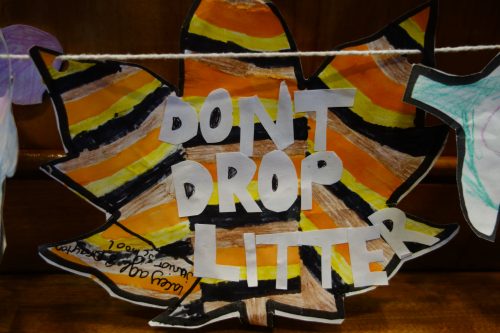 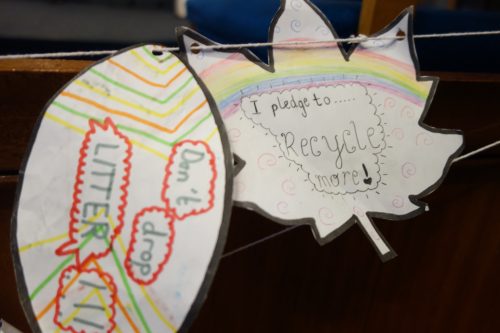 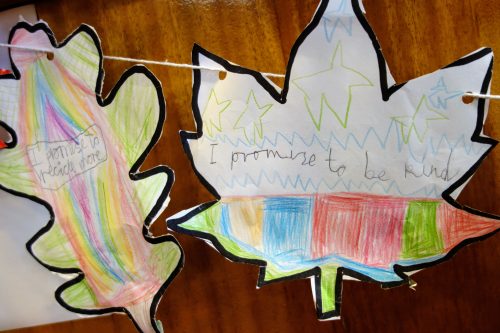 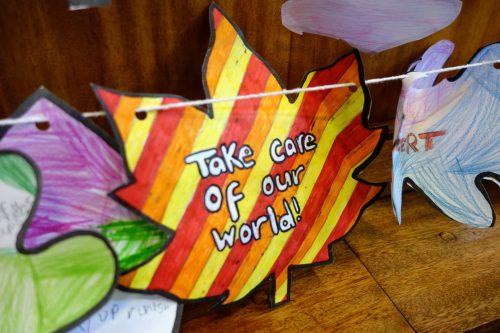