On Wednesday 13 November, pupils from 16 schools from across Norfolk travelled to London to perform at the 2019 Music for Youth Proms.

Following months of creative development, rehearsals, hard work, and a real feat of logistics for the Music Service, Norfolk’s Massed Ensemble performed to a packed audience from across the UK and received rapturous applause!

This performance built on the existing partnership between Norfolk Music Hub and Norwich Theatre Royal, which produced the 2019 Norfolk Schools Opera Project titled ‘A Kind of Magic Flute’ – a new children’s opera which fuses Mozart’s classic opera ‘The Magic Flute’ with Latin-American rhythms.

Accompanying the 500-strong massed choir was a 100 piece orchestra made up of talented young musicians from Norfolk Music Service ensembles, including the Norfolk County Strings and the Norfolk County Symphonic Wind Band, who celebrated success at the Music for Youth Prom in 2017. 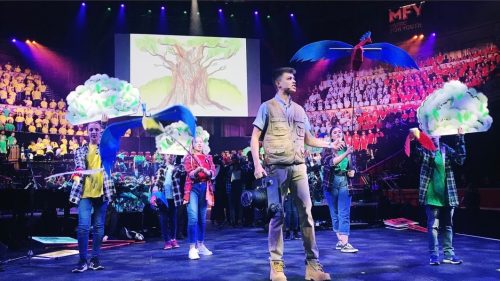 There were also stunning performances by young soloists, taking the parts of The Queen, Sarastro, Papagena, and Papageno in the production.

The children were exemplary throughout the whole day and their performance was real testament to the level of passion, commitment and musical talent we have in Norfolk.

Huge congratulations to everyone involved!

“Just wow! I don’t have the words to describe how wonderful and special it was! Thank you so much for your hard work over the past weeks and the memories our children (and us) take from this.”
– Parent

“I don’t have the words to describe how wonderful and special it was. Thank you thank you thank you… My son (and myself) take the most amazing memories away from this. He absolutely loved being part of it. Well done everyone involved for your hard work over many weeks.”
– Parent

“There was some amazing talent on stage tonight…Really, really well done. I cannot emphasise enough my appreciation of how much work you must have put in to make the whole project such a success. Very well done indeed.”
– Councillor John Fisher 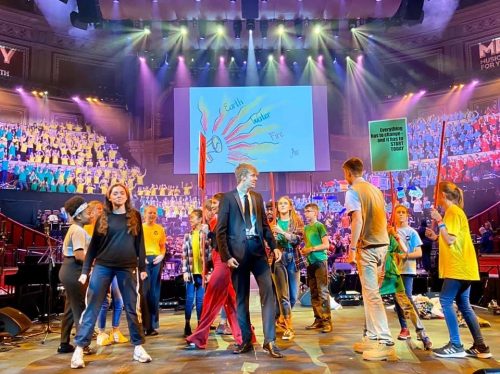 “The only time I’ve ever performed the classical and operatic styles is for grades so it’s not something that I ever thought I’d actually perform to an audience. So when I got asked to perform in A Kind of Magic Flute, there was no turning it down! It uses completely different techniques of the voice and acting too, so it’s completely contrasting to the modern route which I’m normally doing.”

“It’s important that this project is introducing younger kids to classical music, even though this is a rearrangement of Mozart’s original piece. It opens up that classical world to them and introducing them to something they might not normally be a fan of.”
– Tom Major who attends East Norfolk Sixth Form College

Britten Sinfonia with Pete Letanka: SIDE BY SIDE (Part of Norfolk & Norwich Festival)

Britten Sinfonia with Pete Letanka: SIDE BY SIDE (Part of Norfolk & Norwich Festival)